Open With a Blast 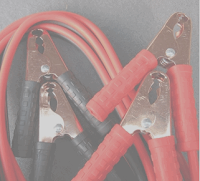 Let's use those jumper cables for the imagination once again, shall we.

Great writing begins at the beginning– with a great opening sentence often referred to as . . .

In writing a story, sometimes it’s that first spectacular sentence which launches you, as a writer, into the story. In other words, the story flows from the first sentence.

So, what makes a great opening sentence?

There are no rules, but it seems to me, a great opening leaves the reader in a state of curiosity, asking questions like, “What’s going on here?” “Where is this story going?” and so on. The reader’s curiosity has been tweaked, so they feel compelled to read on.

At least, that’s my theory. Stay tuned for some specific suggestions on how to create such mind-blowing opening sentences.

Chris McMahen
Armstrong, British Columbia, Canada
When not wandering about, hopelessly lost, I live in British Columbia’s Spallumcheen Valley, only a short bike ride away from the small city of Armstrong. I am proud to be the self-proclaimed holder of the title, “Worst Ex-recreational Hockey Player in Canada.” I used my many years of on-ice futility as primary research for my 2007 novel Klutzhood (http://www.orcabook.com). I have also spun a lifelong fascination with tabloid newspapers into a novel for young readers–Tabloidology (http://www.orcabook.com). My first novel, published in 1996, was the cult classic Buddy Concrackle’s Amazing Adventure (Coteau Books), although I’m not exactly sure which cult thinks it’s a classic. Published in the Fall of 2011 is my fourth novel, Box of Shocks. When I’m not huddled over a keyboard or pad of paper writing, I can often be found in one of many places. I may be cycling the back roads or trails of the Spallumcheen Valley, lost somewhere on a ski trail, or in an elementary school in Armstrong where I work as a teacher-librarian and classroom teacher.